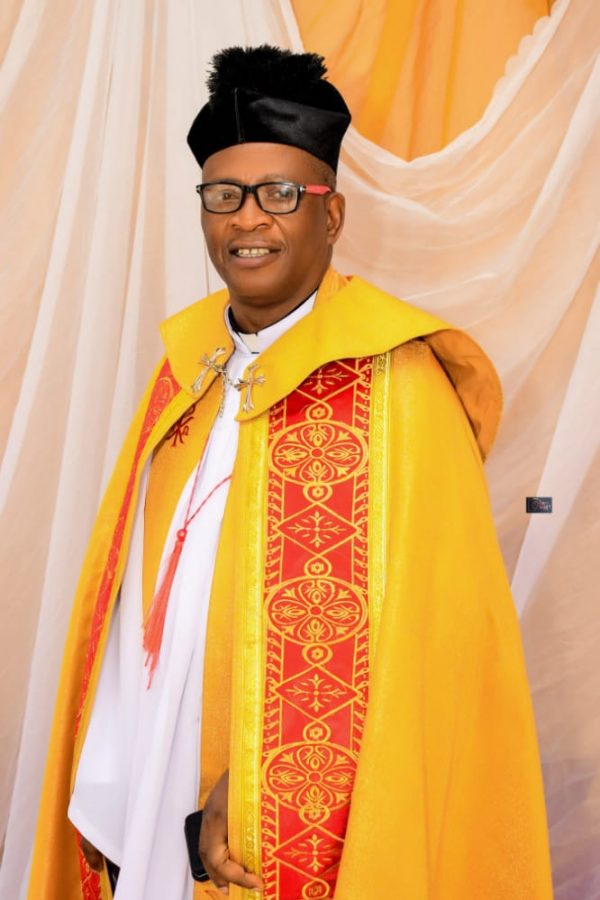 The Ven. Azubuike Antthony Ifejirika is the third child of the late Mr. Gibson N. Ifejirika of Uhu-Ebe, Ukpor in Nnewi South L.G.A. of Anambra State.
Born at Issele Uku in Delta State on 5th day of August, 1964, Azubuike attended the following schools:
1. Ebe Community Primary School, Ukpor from 1971 to 1977.
2. St. Thomas’ T.T.C. Ibusa from 1977 to 1982.
3. Anambra State College of Education, Awka. (1985-1988)
4. St. Paul’s University College, Awka (2000-2003)
5. Nnamdi Azikiwe University, Awka (2007-2010)
After my studies at St. Thomas’ College, Ibusa, where I obtained a TC II certificate, I was employed by the then Bendel State Government as a teacher at Omado Primary School, Issele-Uku from 1982 to 1985.
In 1985, I secured admission into the then Anambra State College of Education, Awka in 1985 where I studied Fine and Applied Arts and finished as the best graduating student in 1988 and was rewarded with an automatic employment into any school of my choice by the then Military Administrator of Anambra State.
Following the employment offer, I taught Fine and Applied Arts at Our Lady’s High School, Onitsha from 1989 to 1991 when I abandoned teaching to study computer at the Lagos City Computer College, Ikeja Lagos from 1991 to 1992.
Between 1992 and 1995, I gave myself to the services of God at St. Paul’s Church, Oke-afa Isolo, Lagos and became the choirmaster and lead vocalist of the church. In 1996, I returned home to Ukpor at the invitation of one Chief Paul Emerah to do some sculptural works at his new house. Some of the sculptural works I did on arrival included:
1. The entrance gate pillars and walls for Mr. Pius Okoli (now late).
2. A 10 feet statue and water fountain for Chief Paul Emerah.
3. A wall plaque sculpture and inscription of Ukpor town emblem at Ukpor Town Hall.
4. A gigantic landing Eagle for Chief Mike Emerah at GRA, Onitsha
Within the period, I set up an Art Studio at the Afor-Ukpor Market and also devoted time to activities at St. John’s Church, Ukpor with the choir, the AYF and EFAC. It was during this period that I received clear revelations of my call to God’s work, first through dreams, then through the mouths of two Clergymen who served at St. John’s Church, Ukpor at different times. First was the Revd. Alphonso Ireoba and then the Revd. Emmanuel Egbunonu (both late). It took the later a whole lot of persuasions to get me to answer the call albeit reluctantly. This marked the beginning of my journey to priesthood.
My first and only station as a Church Teacher was St. Matthew’s Church, Ozubulu in 1998 under the mentorship of Revd. Canon J. Ok. and Mrs. Joy Obi, my disciplers, mentors and foster parents. Under Papa J. Ok, I didn’t need to serve the “mandatory” three years as a Church Teacher before proceeding for theological formation.
1n the year 2000, I proceeded to St. Paul’s University College, Awka as one of the only three that received the Bishop’s favour; others being Henry Nduka and Onyinyechukwu Ilione. In 2003, I was made deacon by the Rt. Revd. G. I. N. Okpala, Bishop of the Diocese of Nnewi and thereafter posted to Holy Child Convent, Amichi as the first ordained Chaplain and priested in 2004. From this point the ministerial movement continued as follows:
1. All Saints’ Church, Ichi as the first Priest, and seconded to Carol Standard Convent, Ichi as a classroom teacher (2006-2008).
2. Principal, All Saints’ Secondary School, Oraifite (2008-2012).
3. Preferred Canon at the Diocesan Synod at St. Mark’s Church, Nnewichi and collated at the Cathedral Church of St. Mary, Nnewi (2009).
4. St. Matthew’s Church, Ihembosi. (2012-2014).
5. Christ Church, Umuofor, Okija (2014-2019).
6. Principal, Bethel Standard Secondary School, Okija (2016-2019).
7. Diocesan Accountant (2019 till date).
8. Preferred Archdeacon (2020) and collated February 28, 2021.
Ven. Azubuike Anthony Ifejirika is married to Princess Chineluemanya Nnebemchukwu (Nellytony) and the union is blessed with six children; four girls and two boys. 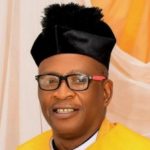 My Special Skills and Talents

God is good, all the time.
Vicilook